I like to think I keep things fairly positive on this blog.

An accurate pictoral representation of my blog.

Lee Lee and the Bee

But that’s all about to change. I’ve been keeping some things pent up inside, and I just can’t hold back any longer. There’s only so much one man can take!

So here we go. Get ready for the angst. Here’s chapter 1 of “things I hate” …

This is really stupid …

But this just makes me want push someone into oncoming traffic …

I mean look at it. They’re so damn close. That helmet is just one step away from being something worthwhile, yet because of sheer laziness it’s just a useless piece of plastic and foam balancing precariously on top of their fragile brain-housing.

They may as well be riding around with a puppy on their head. At least then, after I got angry I’d be calmed down by the sight of a cute puppy.

Have a look at this …

That’s a standard number pad on a computer keyboard. Now look at this …

That’s a number pad from a phone. Notice something?

That’s right. The numbers are reversed!

Seriously, who’s genius brainwave was it to make sure the number pads on phones and computers were arranged in an exact opposite way? Did someone sit down and decide that no one must ever be able to master typing strings of numbers on both devices? Were they just really amused by the idea that every second of the day there’d be someone out there typing a 7 when they meant to type a 1?

Or perhaps they wanted to make sure they’d still have an excuse for “accidentally” calling phone sex lines.

3. People that turn off ‘Num Lock’

While we’re on the subject, there’s a shared computer that I use weekly and every single week I start tapping away at the number pad like some kind of moron and wonder why the hell no numbers are coming up on my screen. Then I look down and see that Num Lock is off and ask myself …

Why on Earth would anyone do that!?

There is no reason for anyone to turn of Num Lock ever. Everything you can do with it off can be done just as easily elsewhere on the keyboard.

Want to scroll up and down? Use the Page Up and Page Down buttons.

Want to delete something? Use the Delete key.

Want to use arrow keys? USE THE FRICKING ARROW KEYS THAT ARE RIGHT THERE THEY ARE SO CONVENIENT THEY’RE ALL TOGETHER IN ONE SPOT IT’S AMAZING WHY ARE YOU NOT USING THEM YET

Now some people might say, “Yes, but you can type digits elsewhere on the keyboard too, so your argument is invalid.” Those people are wrong. They want to send us all back to the dark ages where we’d hunt around on that stupid little top row searching for the “8” button like some kind of unevolved barbarians.

Don’t let them win, my friends.

Only a society that’s determined to put a downer spin on every damn piece of information could manage to find a way to make this seem like a bad thing.

Being a major sadsack doesn’t give you some kind of monopoly on reality. All you have is your own perception of reality, just like the rest of us. You may say that your bleak outlook is obviously closer to what the real world is like. But you would say that …

That’s what makes you a f***ing pessimist. 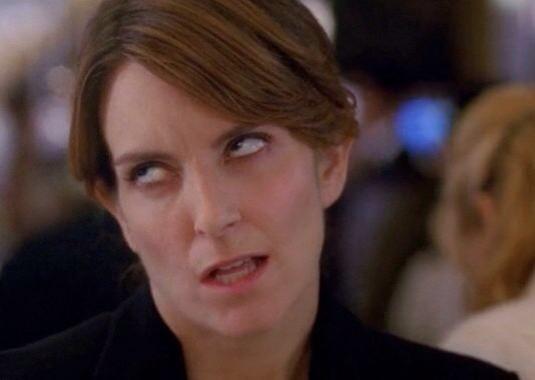 “Whatever, dude. As if I’m going to let a Radiohead fan lecture me on pessimism.”

Well, thank you for humouring me with my rantings.

Now, if you’ll excuse me, I’m going to go work on my anger issues by doing something therapeutic …

Want more like this? Maybe try my celebration of weird search terms or my semi-rant about the follower counter.

7 Responses to Things I Hate (Chapter 1)